FLEDGE & FLY HIGH  -   to be honest  -  to communicate clearly -  to be respectful  -  to have confidence  -  to embrace responsibility  -  to support one another   -  to have resilience in all that we do!

The school was opened on July 14th 1879 shortly after the 1875 Education Act made education compulsory and fifty two children were admitted that morning.  Mr William Goddard was the Head Master and Edith Woodhead was the pupil teacher.  In these early days attendance was very varied depending upon the weather and the local farming calendar.  Several entries record the closure of the school due to bad weather and low pupil numbers.  An entry in the school log of December 7th 1882 records:

'Came to school as usual but owing to the very severe weather only 11 were present; dismissed the children and gave a holiday.  Snow a yard deep in some parts of the yard and deeper than that in some parts of roads leading to the school.'

'Farmers are beginning to cut the hay, and on this account, the attendance has not been as good as last week.'

At this time some children attended school as part-timers.  An inspection of October 22nd 1886 notes:

'Halftimers do not, as a body, attend on a regular succession of days, but seem to have the opportunity of suiting themselves on which day they may attend school thus making it more difficult to deal with them.'

'Three boys were playing with gunpowder in the lobby.  Setting fire to it, to the danger and annoyance of the other children.  I punished them giving them a stroke on the hand at the same time warning them of its danger.'

On the 26th September 1901 the partition was completed in the hall.

'Fifty five children and 5 teachers from this school visited Southport for the day - a very enjoyable day was spent and everything passed off without the slightest mishap.'

From April 25th 1913 to January 5th 1914 the school was closed for alteration to the premises.  The children were taught at the Wesleyan Sunday School.

In 1925 the scholars performed Snow White & The Seven Dwarfs at the Parish Hall raising a total of £9 for the Holme Valley Memorial Hospital.

This sounds familiar today - on March 17th 1931 the log entry tells us:

'Methods of teaching arithmetic were discussed the advisability of much mental and oral work was stressed.'

Another entry dated 20th October 1937 reports an accident to one of the girls:

'At dismissal a youth wearing clogs apparently stumbled against the girl and the clog iron caused a cut in the left leg.  The parents were advised to take the child to the doctor and the committees responsibility for payment of doctors fees would be limited to one visit only.'

Declaration of the Second World War is recorded on the 3rd September 1939 and preparations for possible evacuees and the use of gas masks commenced.

The telephone was installed in school on 17th May 1944.

A large snowdrift blocked the road at the side of Cuttle's Lane.  That was on the 20th.  On the 22nd the plough came up and managed to push the snow aside to allow one to get through, much to the delight of the children who were able to stand on the wall and "throw" themselves down into the drift or pile of snow!  Can imagine how pleased their mothers would be when they arrived home festooned in chunks of snow! 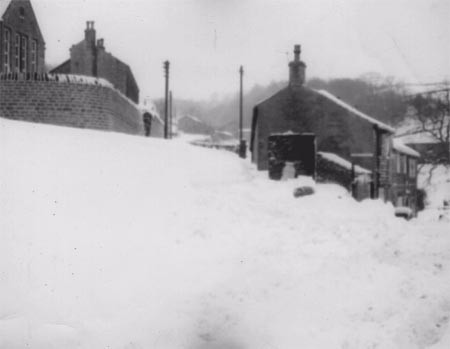 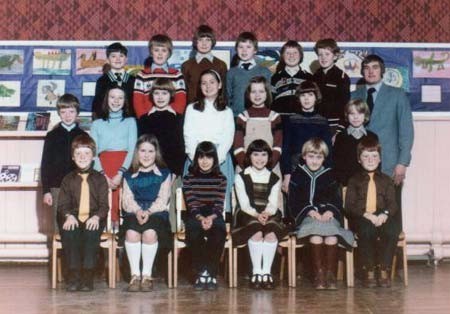 If anyone has any contributions they think may be useful we would be glad to hear from you.